Say NO to vast warehouse proposal in Scholes, Cleckheaton

Proposal for vast warehouse off Whitechapel Road in Scholes.

As those of you who have been concerned about this site from the start - way back in 2015 - you will know that as your local cllrs we vigorously opposed the allocation of this site. You may also know we did that by proposing to the Council a different set of proposals which did not include this site. Andrew also attended and made representations to the Government appointed planning Inspector.

We know have this proposal. There is, as yet, no actual planning application.

We have been in discussions with the Planning Officer about the site. We need to see the any detailed plans which will have to include proposals to deal with the 2 gas mains and other major issues. Lots of people have already emailed / phoned/ messaged/ writing to us about their concerns. Please contact us if you want more information. 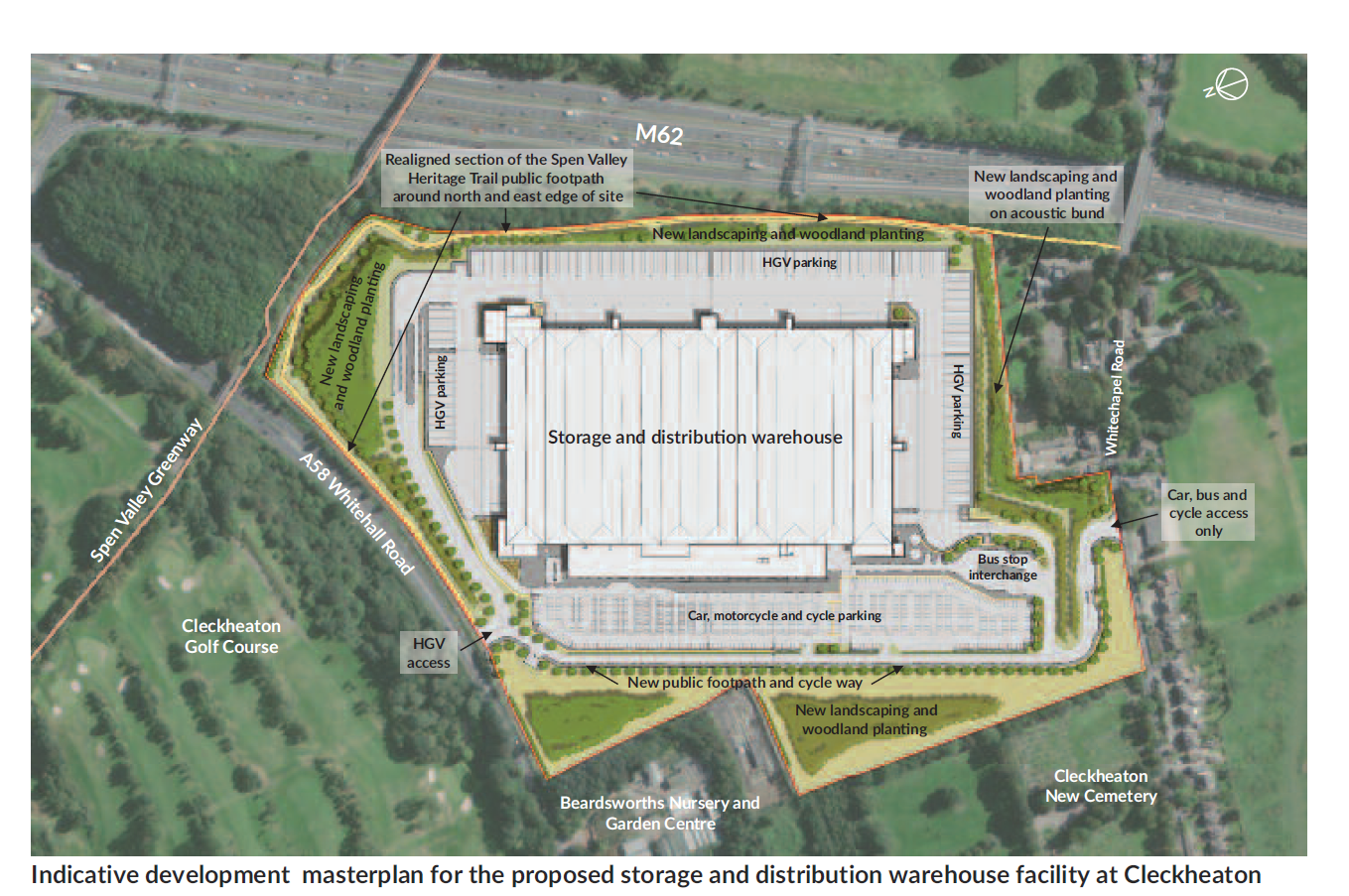 Image taken from the marketing flyer distributed by the developer.