As residents and communities gear up for a weekend of litter picking, two Lindley councillors have urged more local people to pick up bin bags and litter pickers and to get involved.

The Great British Spring Clean is a national campaign to encourage residents, businesses and community groups to get together to clean up their communities, with a weekend of community litter picks taking place this weekend. Lindley councillors Cahal Burke and Richard Eastwood (Lib Dems) have signed up and will be helping to clean up Lindley on Saturday 4th March. 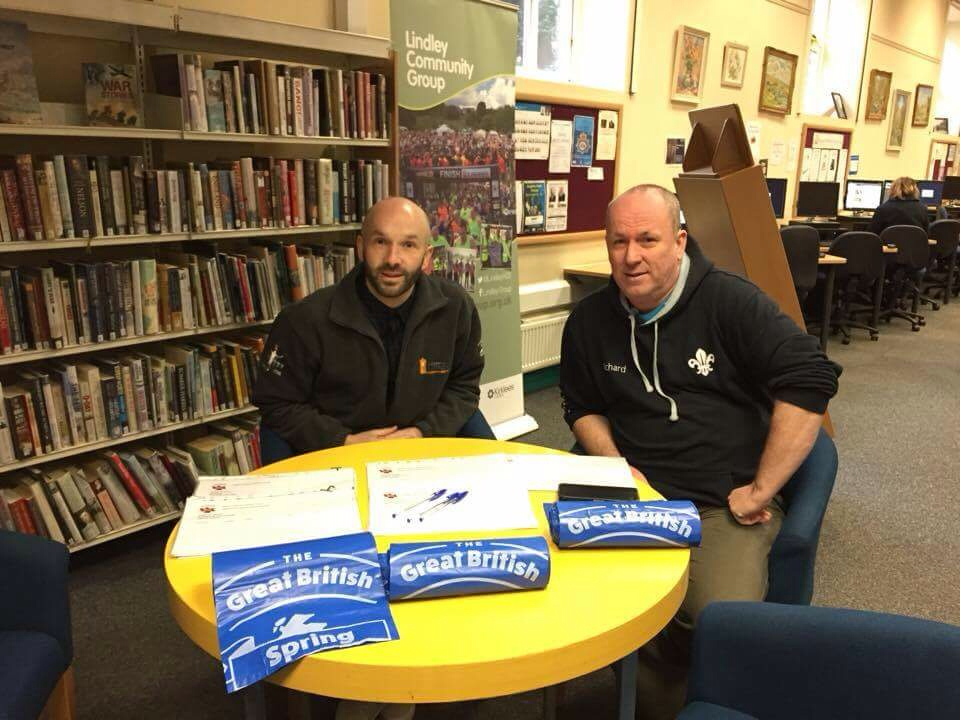 They organised a meeting at Lindley Library earlier this month, with interested local residents and community groups attending to discuss arrangements on the day. As a result, a number of residents, local scout groups, schools and churches have now signed up. There are confirmed litter picks taking place in Lindley village centre, Salendine Nook and Lindley Moor Road, but Cllr Burke wants to encourage more local people to participate, he said: “There’s still time for local groups and individuals to get involved and join us. They can join one of the already organised events in the Lindley ward, or they can organise one of their own. We would also encourage local people to suggest new locations for litter picks. All individuals and groups will be meeting at Lindley Library at 10am on Saturday 4th March to pick up bin bags, gloves and litter pickers, and then will go out to where they have signed up for the litter pick.

I would like to thank the many local people who have already signed up, but obviously the more people who get involved in this, the better, as we can cover more ground! There’s a real opportunity for the community to take pride in where they live, to clean up Lindley and to have a bit of fun with neighbours and colleagues along the way.”