Effects of the Local Plan on Cleckheaton

The Council has a duty to agree a Local Plan. This is a land use plan so the plan shows land that is allocated for the next 15 years or house building and business development. Alongside the land allocation comes a great list of planning policies which can be accessed on the Council’s website.

The plan covers every part of Kirklees. As local councillors in Cleckheaton we are, obviously, particularly interested in our area. We agree that more housing is vital which is why we have supported the development of nearly 1,000 new homes in the Cleckheaton area over the past 10 years. 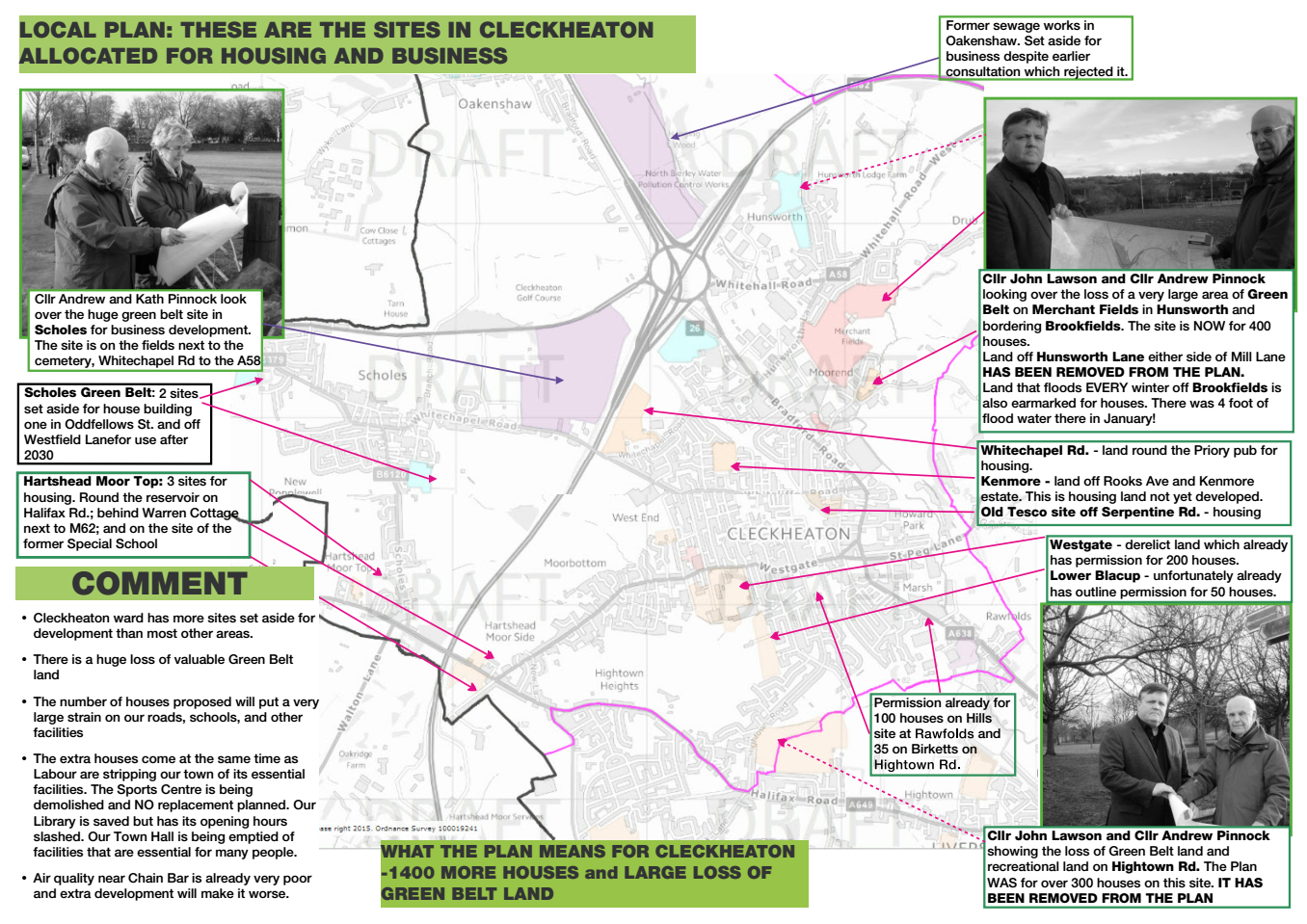 We have also argued from the start of the development of the Local Plan that Cleckheaton is having a greater share of housing than many other parts of Kirklees. At the same time as having more houses built our area is being stripped of its Council services such as the Sports Centre.

The Local Plan was debated and a vote taken at a Council meeting in November. The Plan was agreed though we voted against it for many reasons. These included the traffic implications, especially, around Chain Bar and making worse an already poor quality of air in that area.

Along with many local residents we have sent in further objections to the Plan as agreed by Council. These will be sent to a Government appointed Planning Inspector who will consider the Plan and objections and supporting comments from developers.

The Inspector will hold public sessions sometime later this year