Ednan Hussain is a married father of two children in his early thirties who was born in Dewsbury, educated in local schools and at Kirklees College. He has lived in the constituency all his life.  His family are all committed Liberal Democrats – his father is a former Dewsbury councillor and Mayor of Kirklees. Ednan has had a successful career in the retail industry and works full time. 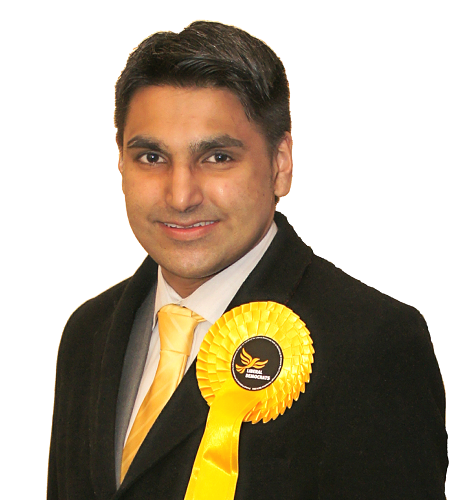 Ednan stood for the Liberal Democrats in Dewsbury at the last General Election in 2015, and is standing again for the area he knows best and about which he cares passionately. He is proud of the track record of his party locally in Kirklees Council championing the communities Lib Dem councillors represent, and at national level, especially the introduction of the pupil premium which has greatly benefitted local schools.

His local knowledge is unrivalled by any other candidate. He is familiar not only with his home town of Dewsbury but the other towns in the constituency such as Mirfield, Denby Dale and Kirkburton. He recently opened an office in Ravensthorpe to offer advice and support to local residents.

He has seen at first-hand how the area has been ignored by the Conservatives and taken for granted by Labour over many years. He has had a particular concern about local health services and has campaigned to retain the full range of facilities at Dewsbury District Hospital.

Ednan is standing because he believes the constituency needs an effective local champion in Parliament, someone who will put its interests first. He is especially concerned that the needs of children and young people should be at the forefront, they are the future generations that will be most affected by the decisions we make today.