A planning application to build homes in Grimscar Valley is being opposed by two Lindley councillors.

The housing development proposal will consist of 95 new homes on land off Burn Road and Yew Tree Road in Lindley, including 10 houses as affordable social housing. The homes will be largely detached, with a small number of terraced and semi-detached houses. Kirklees Council Planning department has received a full planning application from the applicant, Harron Homes, and is currently consulting local residents on the scheme. 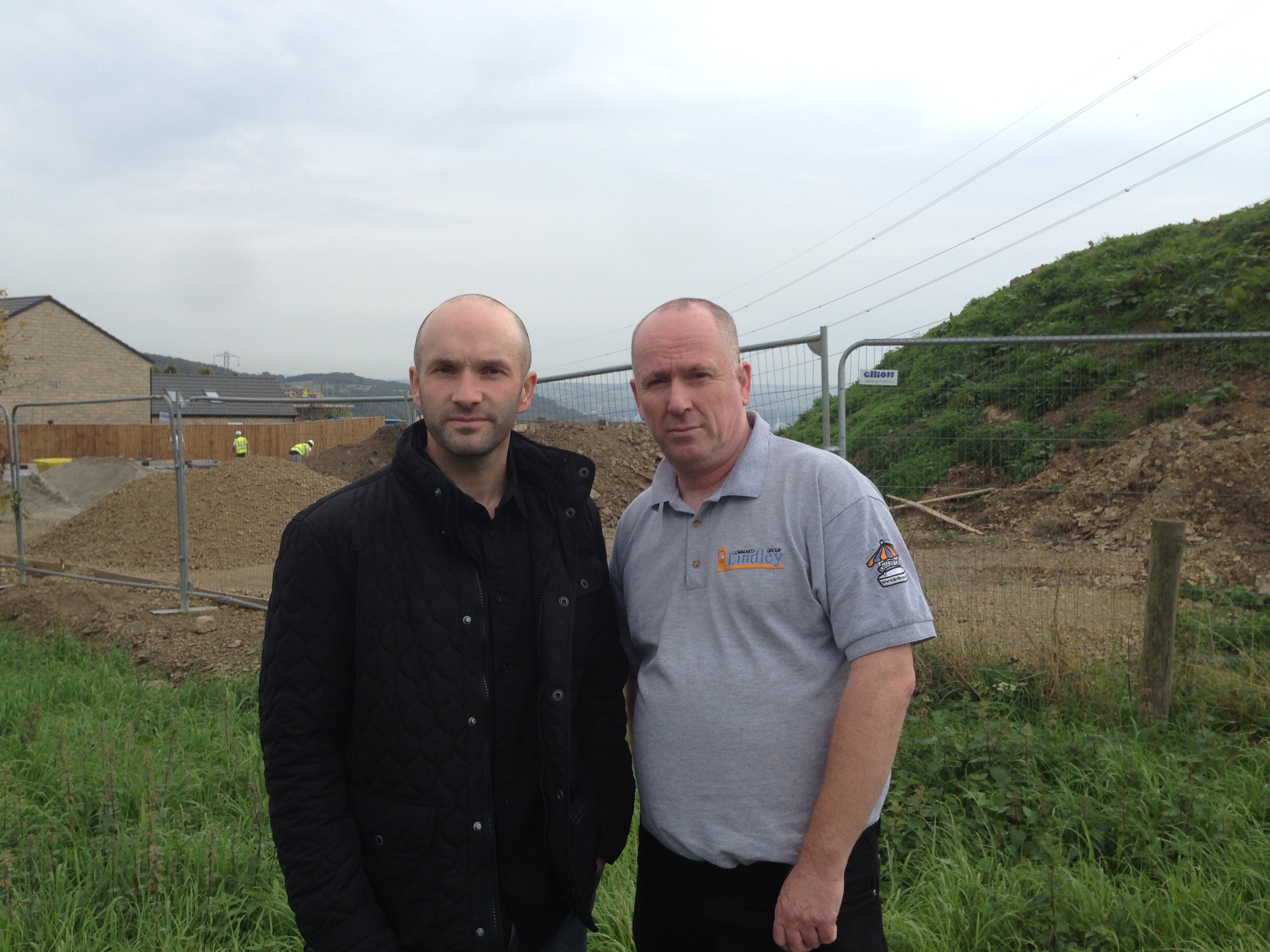 The planning application has been modified, following a previous outline planning application for 190 houses on the same site, which was approved in 2015.  The site, currently agricultural land and classed as Provisional Open Lane (POL), has been the subject of a campaign by Save Grimescar Valley Action Group, who have called for Grimescar Valley to be designated as protected greenbelt.

Councillor Cahal Burke and Richard Eastwood (Lib Dems, Lindley), who have consulted with many residents about the site and are encouraging local residents to have a say on the current planning application, have voiced their concern about the housing development proposal. Cllr Burke said “While we would welcome the reduction in the number of houses proposed at the site as part of the full planning application, we are really concerned about the impact of the development on Grimescar Valley and Lindley. If approved, the development would put more pressure on existing local services and infrastructure, increasing road congestion and danger, increasing air and noise pollution and resulting in the loss of valuable open space. We also believe that the development proposal is not sensitive to the area. The houses would be built using artificial stone, whereas real stone would be more in keeping with the wider area. This is not Nimbyism. While housing development is necessary across Kirklees, Lindley ward received the largest percentage share of housing development in the borough between 2007 and 2013. Lindley can’t accommodate more houses. If the scheme goes ahead, the message would be that we don’t value our open spaces, nature or wildlife. Grimescar Valley would be lost forever.”