LIBOR FINES PAYOUT SHOULD BE SHARED WITH OTHER MILITARY CHARITIES, SAYS CLLR

Former solider, Cllr Phil Scott (Lib Dem, Almondbury), has said the Government should share some of the £75m of Libor Fines promised to Regimental Charities with other military charities, such as the Royal British Legion. 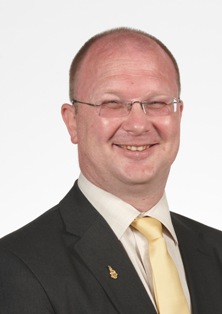 Former solider, Cllr Phil Scott (Lib Dem, Almondbury), has said the Government should share some of the £75m of Libor Fines promised to Regimental Charities with other military charities, such as the Royal British Legion. Last week, as part of the Chancellor’s Budget, George Osbourne announced that a further £75m in fines collected from banks involved in the Libor Scandal would be handed over to the charities of regiments deployed to Afghanistan.

This brings the total of Libor Fines promised to regimental charities since October 2012 to £235m. Whilst welcoming the additional funding to support veterans, Cllr Phil Scott, who served with the 1st Battalion the Duke of Wellington’s Regiment for six years and was part of the UN Peacekeeping Force in Bosnia before being elected to Kirklees Council in May 2012, has said says that the Chancellor should have been broader in his approach to supporting veterans.

Cllr Scott said: “As a former solider, who knows former soldiers and service men and women, my feeling is that most, after they have left, are more likely turn to somewhere like the British Legion, which spends £1.2m a week on welfare support to forces families, rather than go back to the regimental charities. It’s not a question of the money going to the wrong people; I just think that it would be to the benefit of former serviceman and women if the money was spread more widely and I think that the Chancellor should have considered that. The Government relies a great deal on non-regimental charities, such the British Legion and Help for Heroes and others which are entirely publically funded, and I think it would be a sensible thing to put money into the coffers of these organisations in recognition of the massively important role they play. It is because of public charities that Government is not faced with even greater bill for caring for veterans. Personally I feel the Government manages to avoid some of its responsibilities because of the amazing work of publically funded forces charities which is not right and as such I think they should be willing to give them some financial support when it is available.”